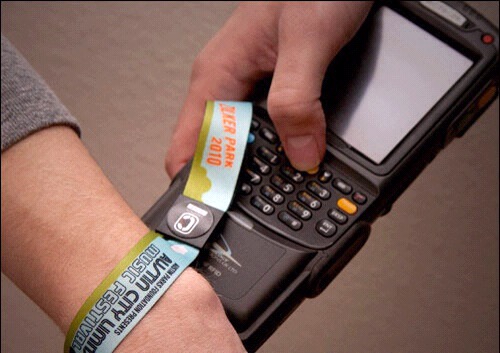 There’s a Paul Simon song in his more recent repertoire called “Wristband,” about how he once got locked out of a club where he was playing. He had stepped out of the back door to smoke and check his phone and heard the door click behind him. He knew it meant he had to walk around the block to the front door to get back into the venue and to the stage. But instead of getting in easily, he encountered the bouncer saying, “Wristband, my man. You’ve got to have a wristband. If you don’t have a wristband, my man, you don’t get through the door.”

The song is about the argument with this bouncer about whether or not he needed a wristband to get back into the club, even though he was the entertainment. I don’t know if this is a true story about Paul Simon or a fiction he has incorporated into his song, but it is a catchy tune. He tells the bouncer, “Wristband? I don’t need a wristband! My axe is on the bandstand, my band is on the floor!” It starts out as a funny and ironic song, until he sings the last verse. And then you realize the song isn’t really about wristbands. It isn’t really about one argument at the front door of a bar with one bouncer. It is about all the people who are not allowed access to various privileges in life. It goes,

Last week, since returning from camp, I’ve been bombarded (as, I’m sure you have also) by images and stories about the people seeking asylum trying to cross our nation’s southern border but who have instead been detained, often with children who are still experiencing separation from their families. That this story was hitting us right around World Refugee Day (June 20) wasn’t lost on many of us. Our church has, for many years, been a haven for people who have fled their countries of origin because of terrible persecution and danger. We, as a community of faith, have embraced people who came to the USA for refuge, needing asylum. We have eaten meals together. We have tutored children whose first language has not been English and celebrated their triumphs. We have cheered them on as, one by one, many people from the Montagnard communities among us have become US Citizens. For a number of years, we had a big gathering on World Refugee Day, with great food and dancing and sharing of cultures and gratitude for the freedoms people have found in this country. It seems to me that, in reflecting on our connection to refugees and our work through the Dilworth Soup Kitchen in providing meals and dignity to people who are hungry and often discounted in our society, we at First Christian Church have been a safe place for those rejected in many ways. You might say, we provide a place where no one needs a wristband to get in, and we do it in the name of Jesus.

I pray First Christian Church (and all churches) continue to grow into the practice of providing a much-needed welcome and embrace . . . with or without a “wristband.”