I don’t know why I didn’t share the Fred Craddock story about stars yesterday in my sermon. We gave out stars in church for Epiphany and each star had a significant word written on it. The idea of the “star words” is that you have a word, you live with it for a year, and then you let that words shape you. It is a very Christian concept, since we do believe in Jesus as “the Word of God,” and that he was referred to in Revelation as “the bright Morning Star” (Rev 22:16). Our system for sharing the stars has been that a basket gets passed around the sanctuary and people either choose their stars or their stars choose them. Magi (wise men) followed a star that led them to Jesus. We let God shape us for the coming year through these stars. It works and is meaningful for some, but as with all spiritual practices, what works for some doesn’t always work for all—and also what has worked once doesn’t work every single time in the same way. In any case, the star words were brand new yesterday and people were excited about them.

Today, however, I’m thinking about Fred Craddock (a wonderful preacher and friend who has left a great legacy) and his story about he and his brother searching for fallen stars. The story goes that he and his brother would go out and watch the stars fall in the field and then they’d run to the place where each star landed and try to rescue each one. One night in particular, there were too many to collect, so they grabbed grandma’s wheel-barrow she used for laundry and they put the fallen stars into that cart and were overjoyed at how many they could carry at once. When they finished, it was too late to do much with them so they left them in the wheel barrow overnight to get to them in the morning. But, as Fred would tell it, they were foolish because “everyone knows you can’t keep a fallen star overnight. It turns to ash!” So indeed, there was an ash heap in the bottom of that wheel-barrow that grandma found when she was getting ready to do the laundry the next morning. She asked the boys about it and they out and out denied that they had put ashes in there and the whole family lived with a great mystery for many years.

At some point, grandma got to the point when she was in bed all the time and clearly getting ready to leave this life. Fred came to her bedside and she told him a secret. She said, “I know what you boys were doing with that wheel-barrow all those years ago.” Unnerved, Fred was instructed to get a package wrapped in newspaper and tied with string out of the bottom dresser drawer. He brought it to her and she began to unwrap it. When she got to the very innermost layer of the package, her hands touched ashes and she exclaimed, “Oh no! It’s gone! I put it right here!” And Fred said, “You too, Grandma? Why didn’t you tell us?” And she said, “I was afraid you would laugh at me. Why didn’t you tell me?” And Fred said, “We were afraid you would scold us.”

How many of us have had those stunning experiences that dissolve like ashes when we try to preserve them? As impossible as it is to hold onto the holiness in our lives and those moments of transcendence flit away almost immediately after we live them, naming that they happened, claiming the miracles and the wonder we experience and pointing to them is itself a spiritual discipline. What a tragedy for the grandchild never to know what he had in common with his grandmother and never really share what was most important! What a great sorrow for the grandmother never to connect to her grandchild out of fear of looking foolish! It is true for grandparents and grandchildren, but it is also true for aunts, uncles, friends, and everyone else.

Share your truth. Everyone knows you can’t keep a star packaged up in a drawer. Both things will eventually turn to ash anyway. So, please, tell the people you love what matters most to you. Perhaps 2019 is the year for you to do that. 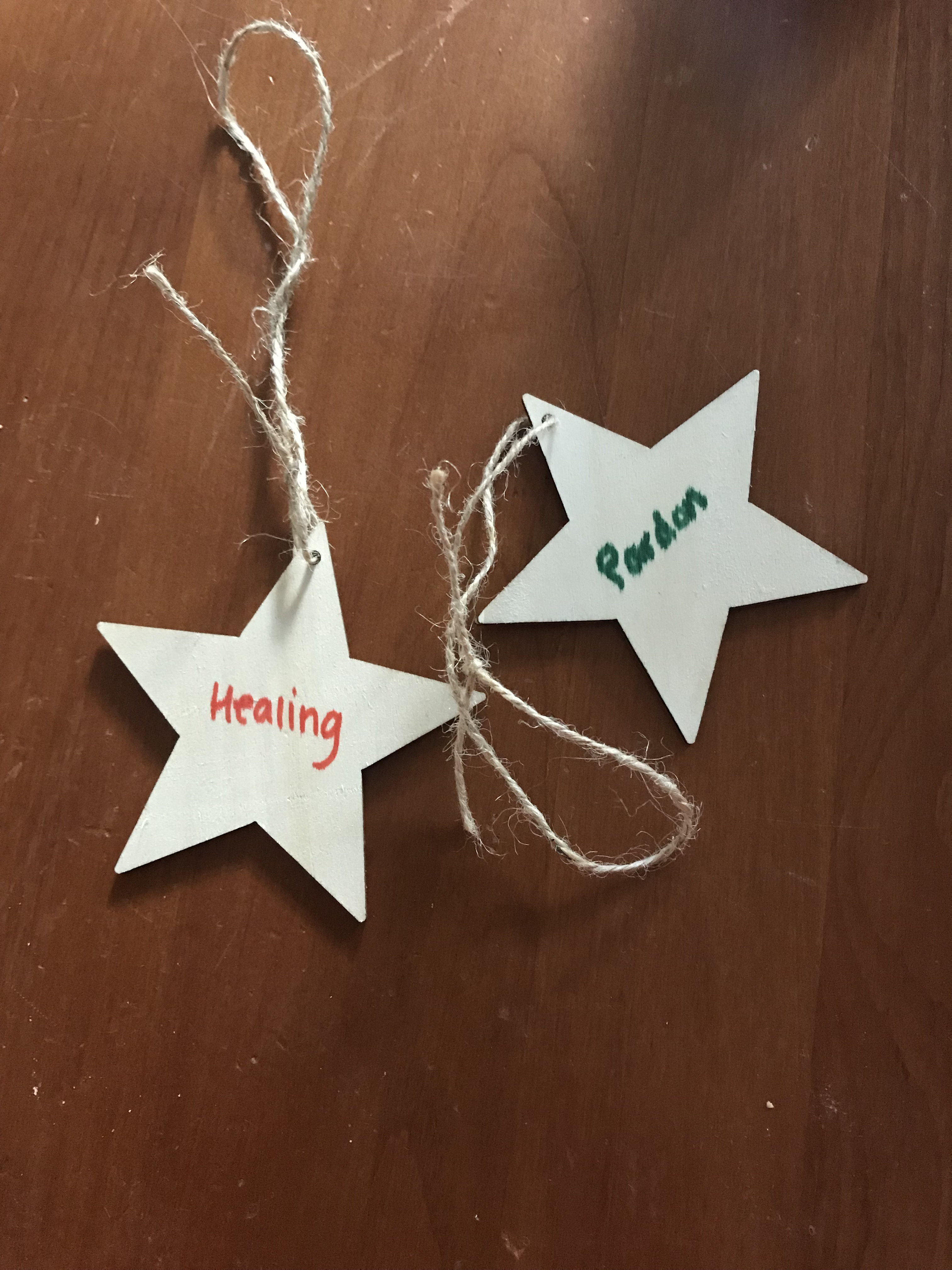