A Woman in the Pulpit?

Nineteen years ago last July, way back in the year 2000, I stepped into the pulpit of First Christian Church in Charlotte. It was a risky move for this church, which had never had a woman pastor before. Maybe it was a risky move for me, too, but it didn’t feel risky. It felt like fulfillment of something that God had been pulling together for many years. It felt like what happens when a person finally says “yes” to her calling.

Shortly after arriving in Charlotte, before I ever stepped into the pulpit, I realized what a big deal it was that this church had called a woman to this position. I was visiting people in the hospital weeks before my official first day, and I met a man in the elevator whose daughter was having extensive back surgery. During the long elevator ride down from the 11th floor, he told me his worries, his fears, his anxiety. You might say, I gave him pastoral care as we traveled from one floor to another, heading down to the first so he could get that walk out in the fresh air and I could get to my car. He said, “So, are you visiting someone you love in this hospital?” I wasn’t wearing my official hospital clergy badge yet, because I was so new. So I said, “Well, yes, I’m pastor of a church nearby and I’m visiting members of my congregation.” And he stopped in the middle of the main entry area of Carolinas Medical Center and turned to face me and said, “A pastor? Oh, see, I just believe that is WRONG. I don’t want to get in a big ‘thing’ with you, but the Bible says that women shouldn’t preach.”

This happened in July of 2000, just after a great big denominational gathering in Charlotte where one of the more conservative Christian fellowships decided together that women were not equipped or called to pastor. It is no surprise someone I encountered that week would come to this conclusion–especially since the newspapers told us all about it on the front pages each day. What was a surprise was how a man who had just benefitted from a female clergyperson’s gifts as he shared his personal pain could decide in an instant that using those gifts was wrong.

So I looked the man in the eyes and said, “I don’t want to get into a big ‘thing’ with you, either,” and he nodded and said, “Yes?” And I said, “But if you’re having a problem with this, the one you need to go to is God, because this wasn’t my little idea about how my life was going to work out!” He stammered and said, “Well, yeah, I guess I need to ask God about that . . .” as he tried to make sense of this world-view-challenge, and I said, “Sir, I pray your daughter does well in surgery.” And I smiled and waved and left.

I didn’t choose to be a pastor. Truly. I know that sounds silly, but if you ask my friends from long ago, they’d tell you I was many things, but not focused on ministry. I didn’t talk about how one day I would preach the gospel. I talked about faith sometimes, I guess, but I did not consider myself a pastor-in-the-making. Nowadays, I can recognize in others what I did not see in myself. But back then, I had other dreams.

What changed was the call of God. I’m not kidding. I’m not exaggerating. What happened to me is not some idea I just suddenly had to be in the church spotlight somewhere. It was the result of my walk of faith at that formational time in my early 20s. I worked on my spiritual life, I figured out how to pray my own prayers, I asked difficult questions, I loved sometimes unlovable people, and I realized (with more than a little heartache and horror) that I was being asked to do something with my life I had never yet considered. When I learned of that calling, I ran. I railed against God for such a crazy idea. I suppressed the call, because I didn’t want to go where God was going to lead me. I’d seen how that worked out for others and it wasn’t always pretty. The reason I finally said “yes” was because God would not let me go.

I came to know, if I didn’t go into ministry right then in my 20s, I’d waste valuable time. I’d wind up finally going to ministry in my 50s, always wishing I had listened to the call when it happened to me before the grey hair and the family. This wasn’t something God would forget, and neither was it something God would let me forget. I’d spend my life in the shadow of this calling I’d refused to hear. The ultimate question was, “How long did I want to put God on hold?”

I’m certain people go into ministry for many different reasons–some of them quite self-serving. Perhaps there’s some of that in me, too. I love watching the children I held as infants grow up and become adults. I love standing with families at key moments in their life together and being given the honor and permission to give words of blessing to a life well lived. I love discovering what makes people tick, watching gifts develop, seeing the Spirit at work. I love studying the Bible and learning more about Jesus every day, because his willingness to love the unlovable, to see people as important and valuable (whoever they are), to empower those no one else even considered worthy, makes me love him all the more. I love witnessing ideas become plans become communities become movements. So I get great things from ministry, but this wasn’t why I said yes.

I said yes because there was nothing else I could do, in order to live with integrity. That is all.

When I stood up in the pulpit here at First Christian Church for the first time, I carried the knowledge with me that this was the next logical step of what I’d found to be an unpredictable calling. This congregation took a risk and here we are, nineteen years later.

Church, may we always listen to the call of God. There’s no telling where it will take us next. 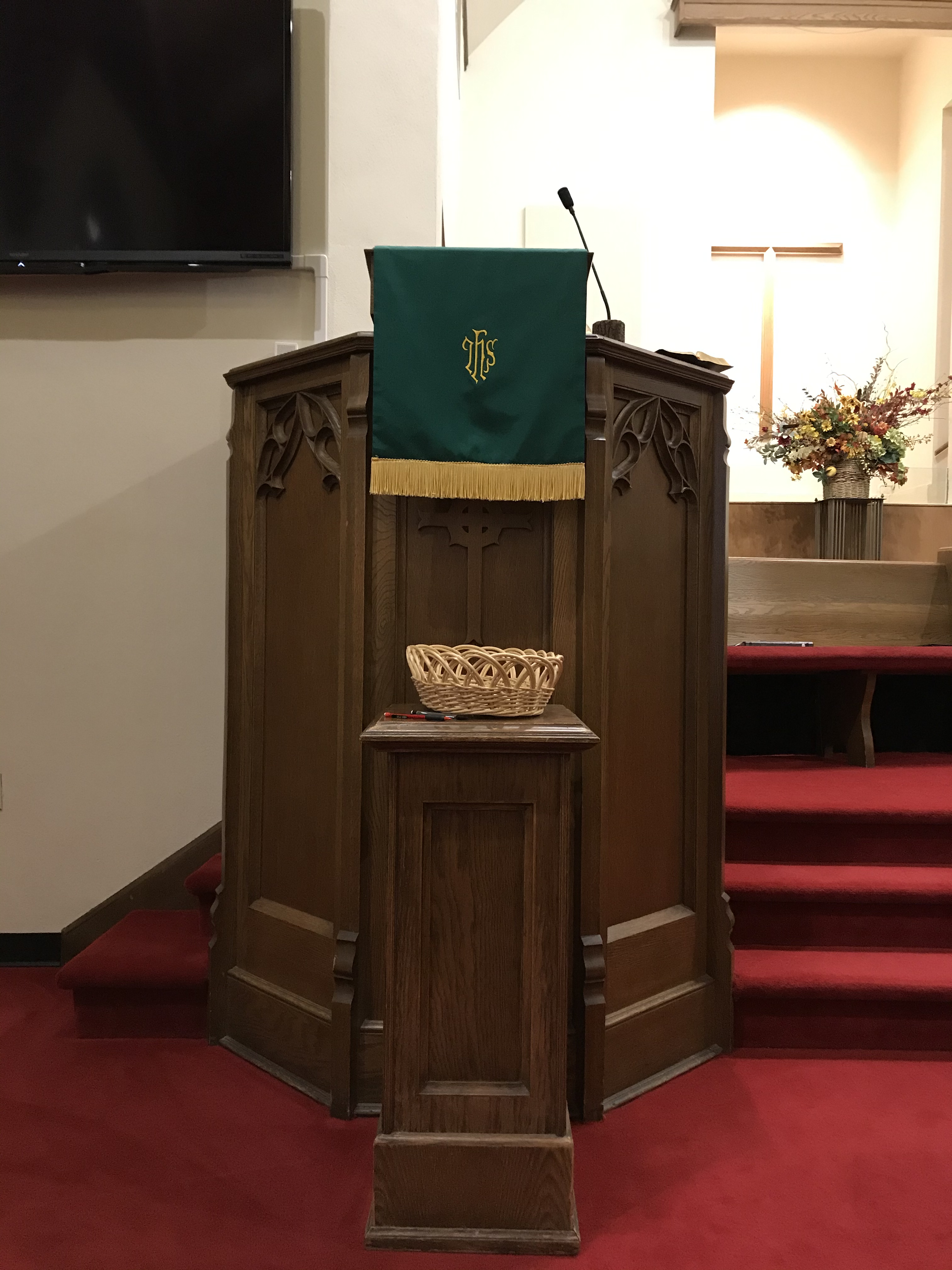